When you're adding a motor system to a bike, that's exactly what you're doing: adding things. There's the motor, and there's the battery, and then there's also some kind of sensor to detect what you're doing, and a display or a remote control (or both), and a control system and wiring loom to tie all those bits together. That's a lot of stuff. On top of that, bike manufacturers often beef up the frame to cope with the weight of the motor, and use heavier components in some areas (wheels, for example), so that the bike is reliable. It all adds up.

How much does a motor system add?

All in all, the motor system normally adds up to 8kg to the weight of a bike. The motor itself is generally between 3kg and 4kg, although some units are a bit heavier. The battery will weigh between 2kg and 3.5kg depending on its construction and its capacity: the bigger the capacity, the more it'll generally weigh. Then the rest of the bits and bobs are normally a maximum of 1kg. 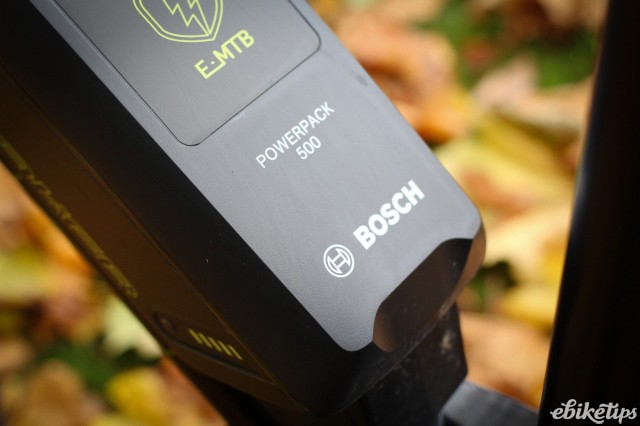 Not all motor systems are that heavy, and there are quite a few new players coming into the market whose drivetrains are quite a bit lighter.

Fazua say their Evation mid-drive system comes in at just 4.6kg with a 250Wh battery and a full-power 250W motor drive.

Mahle's ebikemotion X35 system is another that features on a lot of e-road bikes. This one is built around a hub motor. With a 250Wh battery and accessories, it weighs 3.5kg.

Others are even lighter. Austrian firm Vivax sadly folded in 2020, unable to survive the coronavirus crisis, but their Assist system, which fit into the seat tube of a bike and drove the cranks directly, weighed just 1.8kg, including the battery. That was a different kind of system to your standard city e-bike or electric mountain bike, though, and nowhere near as powerful. 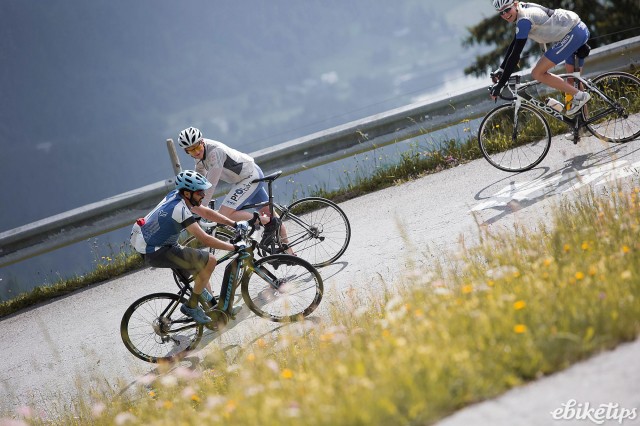 If you've got any big climbs to do, an e-bike is just the ticket

So wouldn't you just be faster if you bought a lighter bike?

Well, in many instances you could be. But the appeal of an e-bike, for many people, isn't going fast: it's getting to where you're going with the minimum of fuss, or being able to enjoy a ride without being worried about over-stretching yourself. Having said that, if you've got any serious climbing to do, you'll always be faster on an e-bike. As someone who's ridden up the fearsome Kitzbuheler Horn climb back-to-back on an e-bike and a standard road bike, I know which I'd choose if I wanted to have an enjoyable day out. The extra power easily overcomes the extra weight.

If you don't ever have to lift your bike up or down anything then you'll likely not notice the extra weight on a day-to-day basis, unless you manage to run the battery flat. Pushing an e-bike around isn't hard work and most come with a walk-assist function so it's even easier. 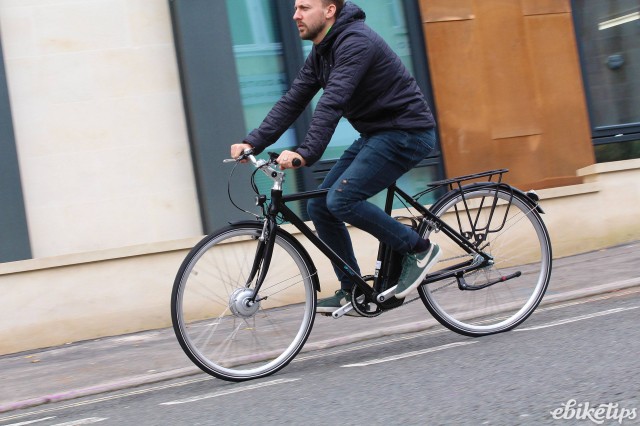 How light can e-bikes be?

Lightweight e-road bikes are typically built around either the Fazua Evation or Mahle ebikemotion systems. Some of these are in 12-13kg region and even down to a claimed 10.75kg in the case of the Scott Addict eRide.

There are city/hybrid bikes built with these motors too, like the 14kg Ribble Hybrid ALe or the 16.5kg Juicy Bikes Ticket.

But there are plenty of options out there that are well under the 20kg benchmark.

The Momentrum Upstart is 19kg with a 374Wh battery, and it achieves its reasonably low weight by going easy on the gears; there's just two, controlled by an automatic hub. 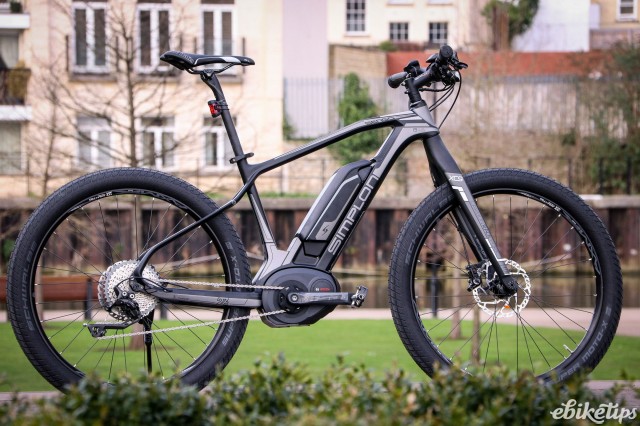 If your need for gears is greater and your pockets deeper, then Simplon do a street-ready version of their full-carbon Sengo 27.5 mountain bike that weighs in at about 18kg. You won't get much change out of £4,000, but it's a lovely thing to ride and an absolute hoot around town with its top-spec Bosch motor.

You can of course get eMTBs with the lighter motor systems too, such as the 18.8kg \kinesis Rise or the Turbo Levo SL, which makes use of Specialized's own system.

These don't pack the same punch as a bike with a Bosch mid-motor, but that's the compromise. 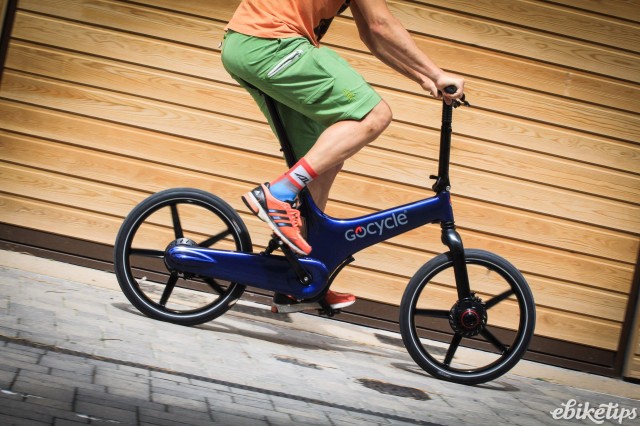 The Gocycle G3 is a clever design and light too

Elsewhere, there's the GoCycle, a folding bike that tips the scales at about 16.5kg and is a classy-looking thing indeed.

E-bikes are heavier. You can't add motor power and a battery without also adding weight.

It is, however, a trade-off. Powerful mid-motors that deliver more torque are heavier. Hidden systems with smaller batteries are lighter.

Different setups suit different bikes and different riders. You'll be far less concerned about weight if you're after an e-cargo bike and far more concerned if you're buying a folding bike or e-road bike.