Which kind of e-bike motor would suit you best? We outline the pros and cons

If you’re looking to buy your first e-bike, you’ll no doubt have noticed that some have hub motors and some have mid-motors. What’s the difference? Does it matter?

UK legislation dictates that to qualify as an Electrically Assisted Pedal Cycle (EAPC), your e-bike must have a motor with a continuous tared power of no more than 250W. (If a bike is above that, it’s most likely considered a speed pedelec, which means it’ll need to be taxed and insured.)

The upshot of this is that the vast majority of e-bike motors are rated as being 250W. However, this labelling actually masks significant variation in performance.

For one thing, many motors will have a peak power output above that 250W ceiling – but of more significance in terms of this article is how the two different types of motors perform at different cycling speeds. 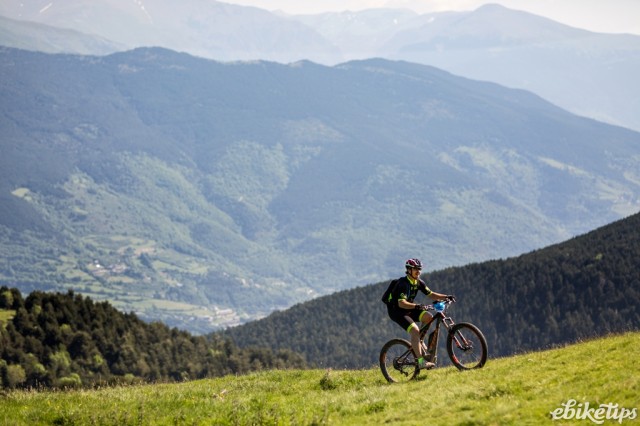 Motors generally work better when they spin quickly. This has greater ramifications for one located at your hub.

When your wheels are spinning more slowly – such as when you’re riding up a steep hill – this will impact the performance of a hub motor, because it drives the wheel directly.

Mid-motors, in contrast, can maintain their efficiency on steeper gradients because they are situated at the pedals. That position means that just like you, the rider, they can exploit your bike’s gears.

When you drop down a gear to pedal at a natural cadence, a mid-motor will be working at a more efficient rpm as well. That means that compared to a hub motor, more power will be converted into forward motion and less into heat.

This is also why mid-motors are commonly used on e-cargo bikes. They provide power more quickly from a low speed or standing start - which is exactly what you need when you’re trying to get heavy loads moving. 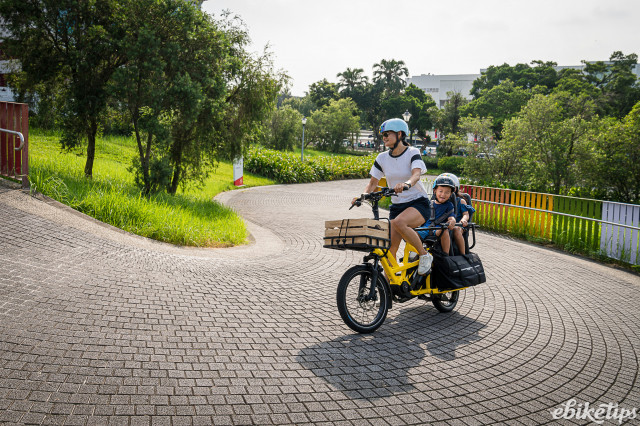 It’s also worth pointing out that geared hub motors are also common. These perform better at slow speeds than direct drive hub motors, but as there is still only one gear ratio, they remain less efficient overall than mid-motors.

Geared hub motors run at a faster, more efficient speed than direct drive hub motors, but - for the reasons given in the section above - both are likely to be less efficient than a mid-drive motor.

All other things being equal, more efficiency equals more range from the same capacity battery. Take a look at this article for a bit more info on what affects e-bike range.

Having additional weight in one of the wheels – as you do with a hub motor – can make a bike harder to balance. Front hub motors, in particular, can have a noticeable impact on steering and your front wheel may also struggle for grip on steeper slopes. 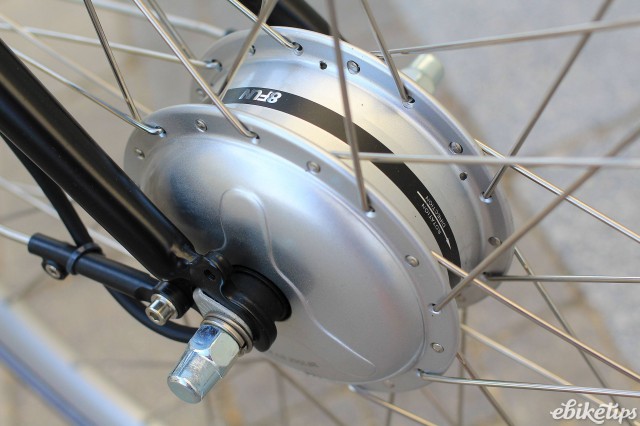 The central positioning of a mid-motor is far more advantageous. Not only does it keep the bike balanced, but it lowers the overall centre of gravity, improving stability.

Hub motors are generally smaller and lighter, with geared hub motors smallest of all. This quality makes them ideal for road and folding bikes, where weight is a major concern. With the latter, they usually allow for a more compact folded ‘package’ as well.

Direct drive hub motors are the best option when it comes to durability. There are so few moving parts that there is really very little that can go wrong with them. As they drive the wheel, they also do not wear the rest of your drivetrain (your chain etc).

Set against that, a hub motor can make life more awkward in other areas. 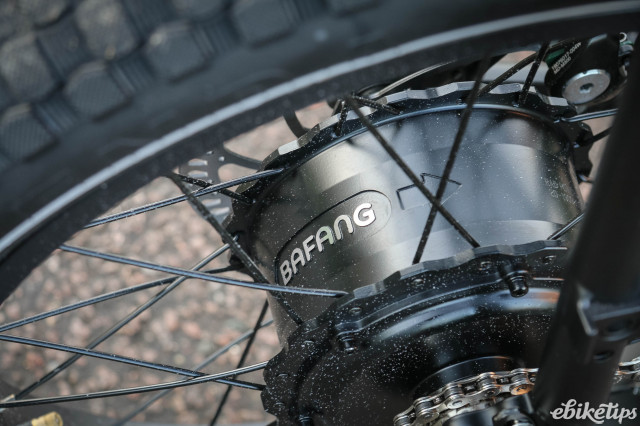 As an obvious example, a bike’s wheels can be taken off without affecting a mid-motor, but with a hub motor, the motor is actually on the wheel itself, so even something as mundane as a flat tyre can turn into a bit of a headache, depending on the design.

Mid-motors can be combined with hub gears, which tend to require less maintenance than a conventional derailleur system.

Mid-motors are more complex, which makes them more expensive. They also replace the bottom bracket on the bike, so you need a specific frame design to accommodate one. That adds to the cost too.

Hub motors are simpler and can be used with stock frames, which is why you'll find them on a lot of more affordable e-bikes.